The new WHITE ALBUM „HERE WE GO AGAIN“—Listen Up!

A manifestation of an ambitious dream in sound: the creation of a better world. Following its successful “red” Nashville album, For A Better World, Chancy Squire returns in style with another hit album, Here We Go Again. This time it’s a “white” album, celebrating the 40th anniversary of the well-known Hamburg band who came on the scene in the 1980s and whose cult following and legendary concerts at Uncle Pö’s Carnegie Hall, Logo, and Knust, among other venues, have won it an ever-growing fan base that stretches far beyond borders.

With 11 melodic songs in typical Chancy Squire style and three exclusive anniversary bonus tracks.
This album will take you on an adventure through exquisitely arranged worlds on the back of Pegasus (the band’s trademark). Multifaceted original songs from front to back and that unmistakable Chancy touch await you. A unique mix of melodic rock, new country, and pop come together in a fascinating polyphony—as varied as life itself, as elaborately arranged as an anniversary album deserves. Here We Go Again takes you on a journey through time that begins in 1980 but is sure to transcend 2020. Sophisticated lyrics complete the coherent picture: This band has a story to tell!

Authenticity and heart and soul run through each track.
From the stunning introduction with “Back On The Run” to the can’t-get-it-outta-my-head bopper “Hold Me Tonight” to the duet with hit written all over it “I’m Sorry,” which features KateNiss, who is currently making a splash all over Bavaria with “Weekend” in prime rotation nationwide with over 200 airplays. Other highlights include “Gone But Not Forgotten,” dedicated to the memory of the Bataclan attack in Paris, and the hymn to freedom “Dark Wall of Berlin.” This anniversary album also includes other stirring songs, such as the beautiful studio version of “Christmas Star.” And just when you thought summer had passed you by, Chancy swoops in to warm you up with “Hot Summer Night.” If you look up “insider tip” in the dictionary, it reads: Chancy Squire.

Chancy Squire´s new album Here We Go Again.
Now on Amazon and available for order at:

Your gateway to harmony! Home is where your heart is … 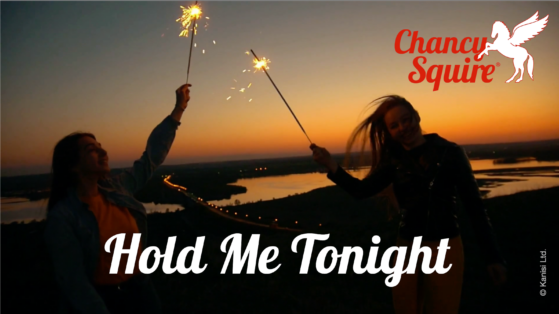 What would we be without hope in our hearts?

WORLD MUSIC with a clear massage: High time to rethink!